How to start and what to practice....no experience necessary! Perfect for novice and aspiring pianists.
Buy for $77

7 weeks to jump-start your playing.

This fun, engaging program is designed to jump-start your jazz piano playing so you can build the skills to go from the couch to the stage in no time.

Presented in a light-hearted and casual format, Peter and Adam keep you entertained and engaged as you learn and absorb the foundational principles of jazz piano.

After completing this course...

You'll be able to:
👏 Improvise over basic chord changes
🔨 Build great sounding jazz chords like the pros
✍🏼 Create your own practice routine to continue your growth
You'll also get:
📖 60+ page Jazz Piano Jump-Start workbook
📝 28 Guided Practice Sessions®
❓ Quizzes to help you lock in the material

Includes downloadable PDF version of the comprehensive 64-page workbook that is the perfect supplement to the course. Spiral bound version is available for purchase. 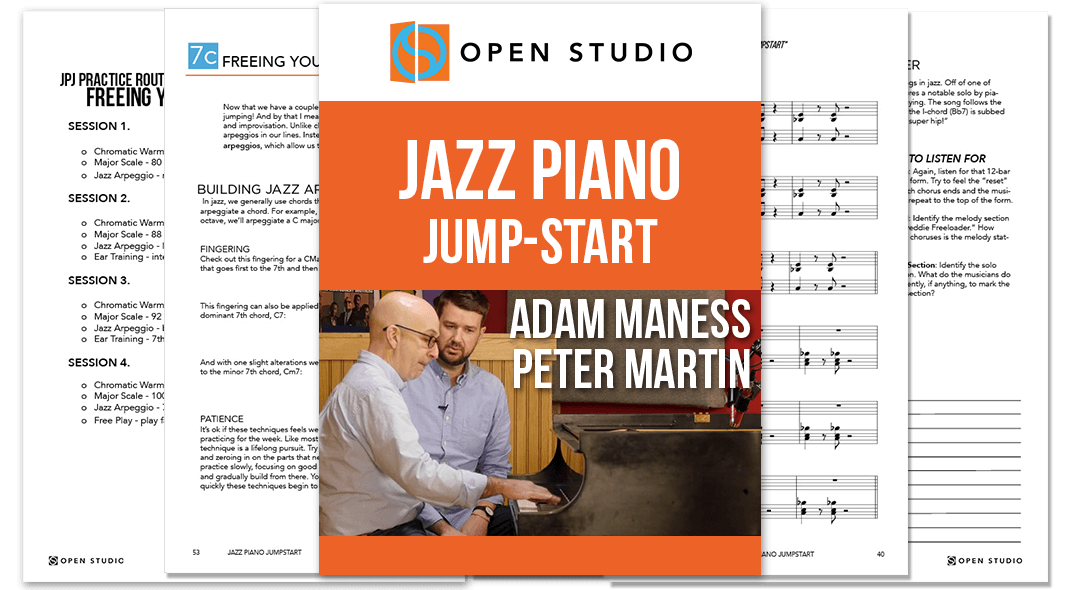 Peter Martin is an acclaimed jazz pianist, educator, and founder of Open Studio. Peter has performed and recorded on six continents with Wynton Marsalis, Dianne Reeves, Betty Carter, Christian McBride, Joshua Redman as well as his own ensembles. He has recorded over 400 lessons, pioneering the field of online jazz education and was recently featured in the New York Times for his ground-breaking work.

Adam Maness is a versatile pianist, arranger, composer, and producer whose performances, original compositions, and arrangements have been featured on numerous recordings and on national and international radio and television broadcasts. He is best known as co-founder and composer for the genre-bending chamber ensemble, The 442s.

Featured in The New York Times

"My favorite teacher was a pianist from St. Louis named Peter Martin, a virtuosic player regarded in jazz circles as one of the finest pianists in the world."

Applause from our Members

"I love the lessons with Peter Martin. They are in-depth and challenging but presented in a way that is accessible and easy to follow. There’s so much great material to work on."
Peter W. (UK)
" I particularly like the guided practices. It helps me stay focused on the material and keeps my practice time efficient."
Jesse H. (USA)
"Peter Martin is simply the best teacher I have had to learn Jazz... Equally incredible is Adam Maness, along with all the other great musicians on Open Studio."
Dwight A. (USA)

Want to try it for free?

Check out a full length sample lesson and see if the course is right for you!
Watch a Free Lesson 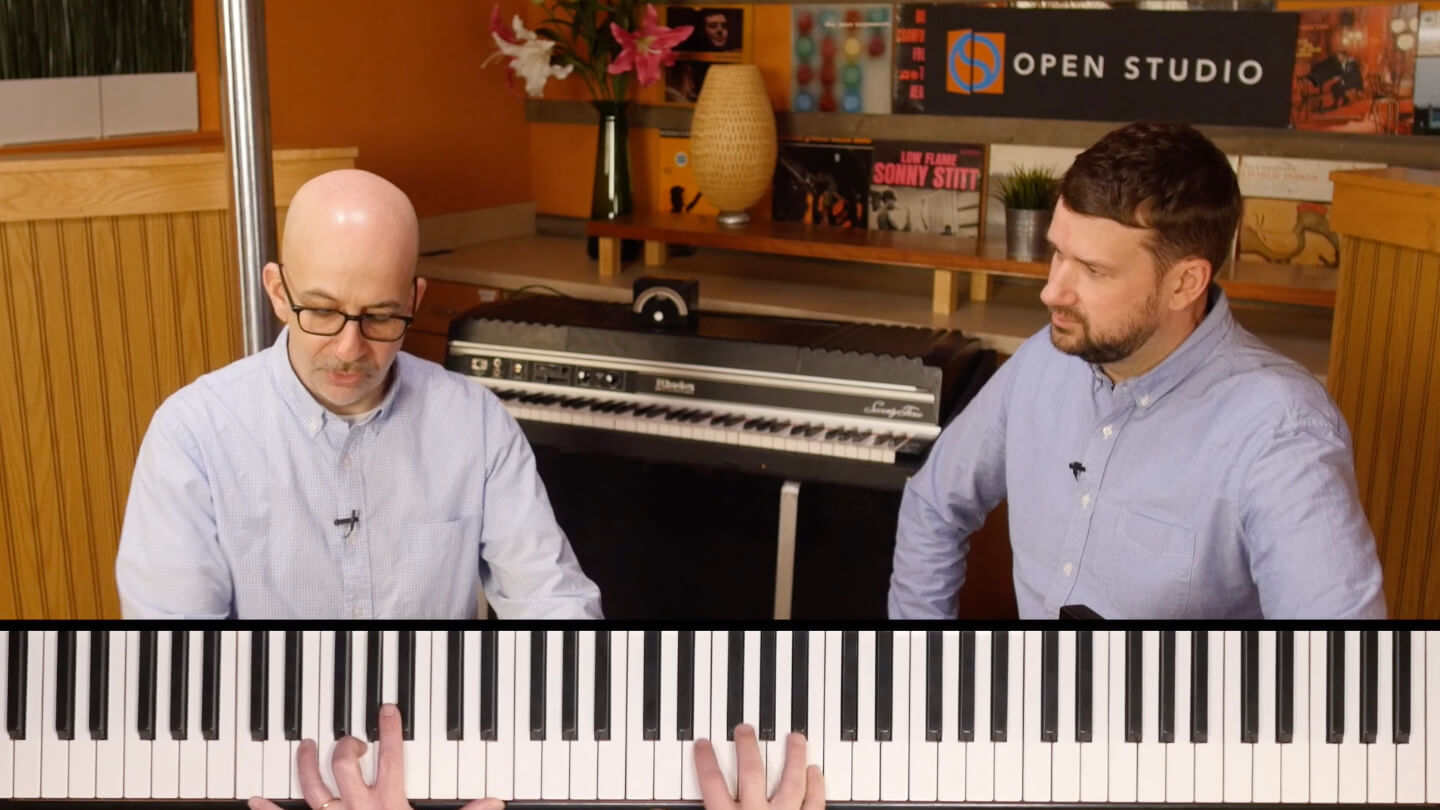 Is this course right for me?

Jazz Piano Jump-Start is perfect for you if you:
Q

What if it's too basic for me?

No problem! We have beginner, intermediate, and advanced courses as well, and we'll happily switch you if needed. We also have a  full satisfaction guarantee with easy refund if you're not happy with the course.
Q

Great - we've got more answers! Visit our Contact Page where we are happy to answer all your questions about this, or any of our courses.
45 videos 75 files 30 text files